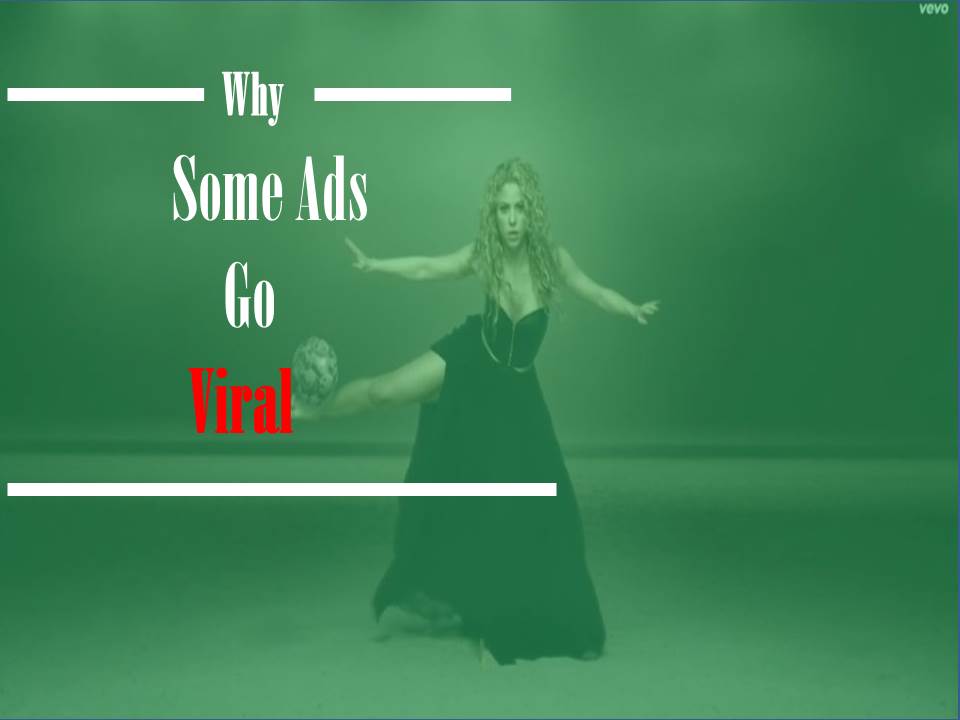 Going viral is the nirvana of digital marketing. We all want to get there. But there seems to be this gaping knowledge gap on how to go about it.

Most marketers are quick to throw their hands in the air when asked the question- “What makes stuff go viral?” Today, let’s take off the “we-cannot-make-ads-go-viral-hat” a bit and get ourselves busy.

Before that, I’ll clarify one thing-What metric should be used in determining the virality of videos?

Shares or Views? Usually, people refer to one of these two metrics when talking about stuff that has gone or is going viral.

Let me assert this- shares are a better metric for determining the virality of content. This is more superior to the passive, highly subjective metric of views.

By views being subjective, I mean there are tricks that can lead to or create the impression of virality when views are used as the key metric. For example, with a well-padded budget, you can buy millions of views thereby giving the impression that your video has gone viral.

“It’s a true measure of a brand’s viral success, ranking branded content by the volume of active pass-on rather than the more passive metric of video consumption (views).”

Shares are, without a doubt, a more objective and qualitative index of virality.
Based on this metric, this is a list of the top five most viral ads of all time-

Yoghurts brand, Activia’s, musical Ad with Shakira “La LaLa (Brazil 2014)”  is currently the most viral ad of all time.

Activia’s ad with Shakira was released in May 22, 2014. Surprisingly, in two months it toppled Volkswagen’s “The Force” from the top position it had earlier enjoyed for over 3 years.

“La lala “Brazil 2014” is an example of a trend in marketing popularly called trackvertisingWhere brands sponsor musical videos of artistes). This particular ad has a soccer theme andwas released just before the world cup.

That happening got me thinking- What made this go viral?

Around that time, I read Malcolm Gladwell’s book, The Tipping Point. He made some valid points I think deserves to be shared.

Lessons from “The Tipping Point”

In “The Tipping Point”, Malcolm Gladwell suggests reasons ideas/stuff “tip”. For each point, he cites convincing, real life, examples. He also gives us illustrations with researches and experiments done on the subject.
Malcolm gives three laws that determine if ideas or stuff will tip or not.

According to the law of the few, there are a few people who have the innate ability to make ideas or stuff “tip”. These people, he calls the “messengers” He divides them into the CONNECTORS, MAVENS, and SALESMEN.
Now if you want your idea to tip, you have to consider the nature of the “messenger”.
Do they have the clout? A relevant following? Are they convincing? Your “messenger” has to belong to the class of the few who have the ability to make ideas “tip” aka go viral.

Perhaps this explains why Van Damme’s “Epic Split” was more viral than “The Ballerina Stunt”.

Both are of the same series of Volvo’s “live test” videos. The “live test”idea is a series of daring stunts meant to demonstrate the inventiveness of Volvo’s vehicles.
“The Ballerina Stunt” films two trucks speeding towards a tunnel with world-record holding high-liner, Faith Dickey, walking across a wire crossing. She has to make it to the other truck before they hit the tunnel. If she doesn’t make it on time, she would drop and break into pieces. If you’ve seen it, you know its classic!

Why is this?
Probably because of the nature of the messenger.

Van Damme is, well, Van Damme. Faith Dickey is not as influential as Van Damme.

Van Damme was the “It” factor, the messenger that made the difference.

“The Law of the Few says that there are exceptional people out there who are capable of starting epidemics. All you have to do is find them.”

Malcolm also talked about the stickiness factor. This rule proposes that there is a simple way to package information that, under the right circumstances, can make it irresistible. All you have to do is find it.

According to Malcolm “The line between an idea that tips and the one that does not is a lot narrower than it seems”. So it’s not a big, earth-shattering change.

It’s that little something.

The guys at Blentec are an example of those who found it.

They found a way to talk about “boring Ol’ blenders” in a way that was “sticky”. It was so simple that it was executed with just $50 (not me, that’s what they said). They found the right way to showcase the strong quality of Blentec blenders as it ate up and grounded to nothingness the “right” type of things e.g iPhones,ipads etc.

“The Law of Stickiness says that there is a simple way, under the right circumstances to package information that makes it irresistible. We just have to find it.”

3. The Power of Context:
According to Malcolm, “epidemics” are sensitive to the conditions and circumstances of the times and places in which they occur.

I think that’s what explains the success of the most viral ad of all time- The Activia- Shakira Combo “La la la”.

It was a few months before the world cup.The video keyed into the spirit of the season. Millions of eyes and hears were on the world cup – naturally, it got shared by millions of people round the world. And so, it went viral.

If the Shakira-Activia video had been released some other time not close to the World Cup, it most likely wouldn’t have gone viral.

The Power of Context proposes that “epidemics” are sensitive to the conditions and circumstances of the times and places in which they occur.

Malcolm made a lot of interesting assertions in his book.A lot of the viral examples I cited here seem to confirm these assertions.

However, to understand why some ads go viral and others don’t, I think the most important question to be answered is- Why do People Share Stuff?

If being viral really means being distributed organically, then the answer to the question “Why do people share stuff” is what we seek.

Let me dig into and summarize some of the best, most recent researches on the subject. While reading through them, I found out that most of them have certain constant themes.

Jonah Berger and Katherine L. Milkman published their research findings in a joint paper called What Makes Online Content Go Viral?
The crux of the research was to find out why online content was shared.
I’ll point out three of the facts they found out-
i. Positive content is more viral than negative content.

iii. Content that was practically useful got shared more often.

“Viral isn’t luck or chance. There’s a science behind it” Jonah Berger insists.

He went further to give us a more comprehensive picture of the science behind virality in his book titled CONTAGIOUS: WHY THINGS CATCH on. Here he summarizes a set of systems in the acronyms STEPPS.The STEPPS are Social Currency, Triggers, Emotion, Public, Practical Value, and Stories

Here’s a brief summary of what he meant by the terms –
1. Social Currency:
Social Currency is the rate at which sharing stuff will make a person look good to others. It may be that it showcases their knowledge, class or good taste.
It could be a favorable opinion or an association with stuff that makes them look good, intelligent, smart, and “cool”.

2. Triggers:
This is content that has common grounds and is easily remembered.

3. Emotion:
Stuff that arouses strong passionate reactions is more likely to be shared

4. Social Proof:
People like to get in the action when they see others doing stuff.The more people talk about it, the more other people want to talk about it and share it.

6. Stories:
It has been the mantra of marketing for years- telling compelling stories. In the book All Marketer are Liars, by Seth Godin, cleverly remarks “The Story is more important than the fact”

Kelsy Libert and Kristin Tynski published a report of their research in Harvard Business Review. They, kind of,confirmed a lot of what we already know and also added to the body of knowledge.

Some other findings include-

1. Keep branding to a minimum:
Heavy branding immediately trips the anti-marketing block in people. You want people to be open to your message. (Makes sense- most of the most viral ads have minimal branding).

Emotion steers up people, but they have to be the right type of emotions. They listed the following emotions as being more likely to induce virality than others.
• Curiosity
• Amazement
• Interest
• Astonishment
• Uncertainty

3. “Tie your brand to an emotional message”.

Now with this wealth of valid knowledge from respectable researches, we have a list of the ingredients that add up to make viral ads. Do you think we can mix up a recipe that will make up a viral ad?

A digital expert with a special love for teaching SMEs on how to navigating the digital space with a high ROI margin. He also a technopreneur.

What is Internet Marketing? Why is it Important for Businesses?
January 17, 2019

Digital PR: Benefits and Everything You Need to Know
September 19, 2018

Hiring A Digital Marketing Agency In Nigeria? Five Things You Shouldn’t Fall For and Five to Get You Tripping.
August 20, 2018

Best Digital Marketing Campaigns – A Look at Some
March 9, 2015

At Giga Lagos Digitals, we believe marketing should be Creative and Effective. This is why we exist, to help you do marketing that meets this two criteria.

Let's take your business to a whole new level

Are you ready to begin?